We use modern software development technologies like Elixir/Phoenix, Ruby on Rails, React and React Native.

Our technology-agnostic development team focuses on choosing the right tools for the job, and are always learning and building best practices as the web and its underlying technologies continue to evolve. 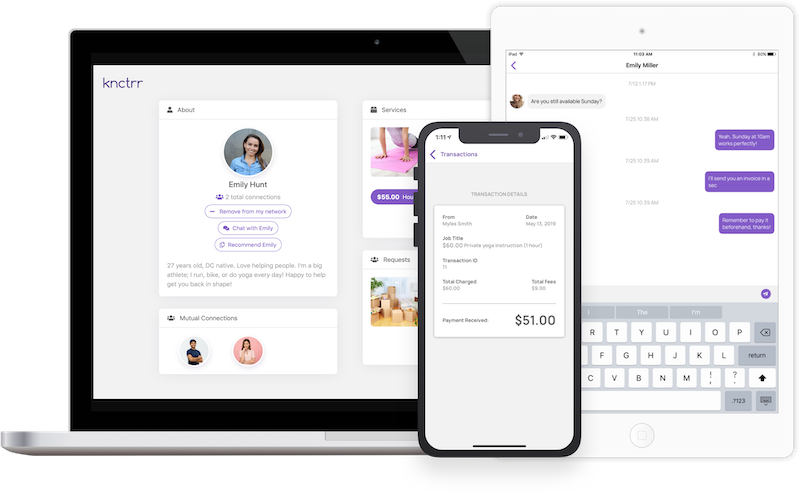 Stephanie Vizzi presented at ElixirConf 2021 on Ecto Multis, including all the parts and pieces from uses to structure and commonly used functions. 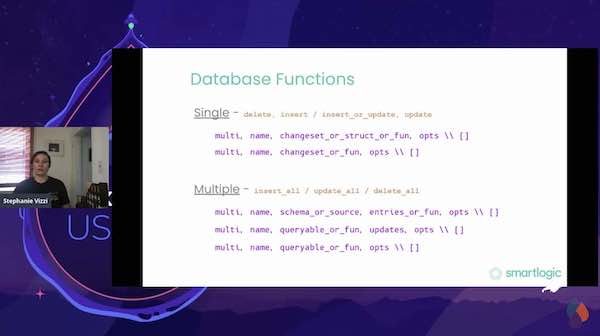 Elixir emerged in 2014 and has quickly become our backend development language of choice. We’ve built Elixir applications for a number of clients, including Stanley Black & Decker, Knctrr, and the Baltimore Water Taxi, among others; we’ve had Elixir projects live in production since 2015.

Our developers are very active in the Elixir community, running both a local meetup and an international interview-format Elixir podcast. Our team has presented at national and regional Elixir Conferences, including a recent keynote at the Big Elixir in New Orleans. We also support the development of a large open-source Elixir application which serves as a resource for developers new to Elixir to see how things work in a real app.

Elixir and Phoenix are a great choice for web applications that need to manage scale, as many modern web applications need to. Elixir inherits much of its scalability, concurrency management, and fault-tolerance from Erlang, a language originally created in the 1980’s to manage massive phone connectivity systems.

Though a somewhat newer language, a number of high profile web applications are built in Elixir and Erlang, including WhatsApp, BleacherReport, Pinterest, AdRoll, Grindr, and Bet365.

Our back-end developers are conversant in Elixir Phoenix as well as Ruby on Rails and a variety of DevOps tools; many of our team members are full stack developers, while some focus more on back end or front end development.

> Read more about how we use Elixir Phoenix at SmartLogic

The SmartLogic team has been writing Ruby on Rails applications since 2006, just one year after the Rails framework was first released. Rails continues to be a very popular web application development language, and is well suited for the style of agile development we conduct at SmartLogic.

We've used Rails to build everything from prototypes to webapps that handle 15M+ API requests per week and over 2M unique visitors per month. One example of a classic Ruby on Rails web application is a reporting tool we built for a non-profit; the simple data-driven application enables the organization to track custom survey responses with reporting tools and provides real-time data, reducing costs and improving timeliness for analysis.

We’ve been sponsoring our local Rails meetup since its inception, and for many years our entire team attended RailsConf; we even created and organized an unconference that ran alongside RailsConf, BohConf, which we ran for several years.

> Read more about Ruby on Rails development at SmartLogic


We've been building mobile applications since before the first App Store; we wrote our first Flutter application in March of 2020 for the World Central Kitchen Direct program. Since then, we've replatformed an existing mobile app onto Flutter, and we find it to be fast, stable, and easy to maintain, which gives it an advantage over other cross-platform development frameworks.

React is our JavaScript library of choice for web-based applications. It is component-based and declarative, leading to scalable design systems that are easy to maintain over time. We’ve built interactive web apps with React that integrate with dynamic map-based searching, provide admin interfaces with data visualization and reporting, and handle social interactions including real-time chat messaging.

React Native is a mobile JavaScript framework that uses a unique bridge to allow developers to leverage native code alongside JavaScript and React code. This special implementation, designed and maintained by the team at Facebook, provides substantial development advantages alongside highly performant native look and feel interface components.

We’ve been building in React Native since 2016, and it continues to be our favorite framework for mobile app development, whether we're targeting a single platform or form factor such as an iPad app, or building a cross-platform Android and iOS application.

In the recent past we’ve used React Native to deliver apps for the Baltimore Water Taxi, SpotCrime, and the National Committee for Quality Assurance.

They were easily able to translate our needs into development language, and they relayed technical information in a way that we could understand it and present it to our executives.