Elixir Wizards Podcast: A Look Back at Season Eight

As we approach the end of the year and the end of another Elixir Wizards recording season, we reflect back at some of the insightful conversations and wonderful guests we spoke with in season eight.

The season 8 Elixir Wizards theme was Elixir in a Polyglot Environment. We had the opportunity to learn from voices in the community about how they use Elixir with other languages. We got a glimpse into the minds of different engineers and teams on how Elixir works within their overall product infrastructure.

We also spoke in a broader context about the concept of "polyglot" outside of programming, delving into spoken and written language, analogous skillsets, and the crossover of structured communication.

Season eight guests discussed their experiences, team structures, and collaboration methods. We spoke about polyglot in terms of API, actual language, and message-passing formats and how each influences what and how we build for the best possible outcome.

Season 8, Episode 1: Miguel Cobá on Deploying in Elixir and Other Languages

We kick off the season with Miguel Cobá from Shore. He offers insight into Elixir's part in their company and how their team uses it alongside other languages. We also get a glimpse into the early days of Miguel's interest in programming and how his learning truly began with hands-on experience.

We extend our questions beyond the scope of the Elixir community to create a more extensive dialogue about how we can all learn from one another. Miguel speaks at length on how Elixir can fit into a network of knowledge and be deployed in other areas.

Season 8, Episode 2: Devon Estes on The Power of Functional Programming

Devon Estes joins us to explain why functional programming is easier to use than any other programming type. At the time of recording, he was leading the third-party integration team at Remote, which uses technology to simplify the remote hiring process, allowing companies to seamlessly hire employees from over 100 countries worldwide. Devon is an avid public speaker and Elixir developer. Some of his talks from many years ago are still relevant today.

In this double guest episode, we speak with two members of the Remote team. At the time of recording, Cassidy Williams was Head of Developer Experience and Education, and Tobi Pfeiffer was Staff Engineer at Remote. The fast-growing Elixir company provides HR support to businesses offering international employment.

In this fast-paced conversation, Cassidy and Tobi discuss how Remote operates and how the business adapted to explosive growth as global employment needs shifted.

We talk about Cassidy's content creation projects and love of mechanical keyboards. We also discuss Tobi's adorable pet rabbits! The episode wraps up with great book recommendations and information on what to look forward to in Remote's future.

In Episode 4, we have a fun and insightful conversation with coder and crafter Sanne Kalkman-- a former teacher turned software engineer. Sanne works at CodeSandbox, where she's one of two Elixir developers responsible for the backend.

Sanne tells us which languages she's proficient in and why she wouldn't label herself a "polyglot." We gain insight into CodeSandbox Projects and get a sneak peek into Sanne's upcoming keynote address at Code BEAM Europe in May 2022.

Passionate in tangible and digital creative work, you can find Sanne 25 browser tabs deep into a new CS topic or behind her sewing machine when she's not coding. We also touch on garbage collection in Elixir, cute avatars, the intersection of code and sewing, and more.

Season 8, Episode 5: Nathan Willson on the Polyglot Landscape in Japan

Nathan Willson joins us from Tokyo in episode 5 to discuss the polyglot landscape he works in from Japan. He details the difference between learning and mastering a language and what his first foray into coding looked like.

Nathan introduces listeners to GEMS, details how you can use it, and explains what he has done to make it accessible globally. We talk about the necessary evil of MIDI plugins, latency issues, the potential for abuse, and the choice to make an app open source. We also delve into Nathan's projects outside GEMS, including the Elixir app, Biddy, When to Chat, and more.

In Episode 6, we speak with Digit, a talented software engineer on the SmartRent team who works on building applications using the Nerves ecosystem. Digit discusses the powerful applications and possibilities of the software currently in development.

We weigh the benefits and potential drawbacks of living in a smart home. We also touch on the different languages that Digit uses, the challenges of game development, the use of Elixir to build DSLs to generate content for Unity, Digit's opinion of Burrito, and more!

We welcome Jessica Kerr, a Developer Advocate for Honeycomb, as our guest for episode 7. She has a wealth of knowledge and twenty years of experience as a developer. She tells us more about observability, a superpower of software development in which we teach our code to teach us what's happening. Jessica explains, "software teams are each a symmathesy, composed of the people on the team, the running software, and all their tools."

She elaborates on the remarkable agency software developers have and how languages can empower them, especially when they don't have specific architecture imposed on them!

She is a symmathecist in the medium of code. In terms of polyglots, "symmathesy" hits the nail on the head, as it is a "word in progress," or a new evolution in the human experience and a new word to communicate the concept in the English language.

In Episode 8, we speak with Meks McClure, a Full Stack Software Engineer with an unconventional biology and philosophy background. Meks found their passion for programming after building a website for a Mexican non-profit, Permanencia Voluntaria, using Wix. Seeing people use the website and how it helped the community inspired Meks to pursue a career in programming.

Meks is a Junior Developer at NewAperio, a software development company. We take a deep dive into Meks' professional background and unconventional training. Meks explains the challenges of transitioning into a new career path, the importance of effective communication in the workplace, and the significance of Pride Month.

Season 8, Episode 9: Catalina Astengo on the Many Languages of Nav

Joining us for episode 9 is Catalina Astengo, Staff Software Engineer at Nav Inc. We chat with Catalina about how she went from working as a process engineer in a mine to a software engineer in beautiful Salt Lake City. She tells us about her professional background and why she started taking Ruby classes while working in a mine in Southern Utah.

We learn about the ins and outs of Nav and their team roles. Catalina tells us how they keep up with all the languages they use, including Elixir, Ruby, Go, and JS.

Our guest for episode 10 is Cara Mitchell of PepsiCo. She tells us about her career journey and how she came to live in the lower East Side of NYC. Cara has been working in the software engineering field for over 20 years. We learn about Cara's unique experience as a college dropout turned self-made software engineer.

Over the years, she's worked on systems that range from embedded firmware to large distributed systems running on thousands of machines. She currently works at PepsiCo on their in-house eCommerce platform built with Elixir. She enjoys working in a multitude of programming languages and refuses to pick a favorite.

Season 8, Episode 11: Nathan Retta on Engineering in Android at DoorDash

In the penultimate episode of season 8, we chat with Nathan Retta, Senior Software Engineer from Android at DoorDash. Nathan tells us about his background, which includes a degree in chemical engineering and six years working in oil and gas.

In 2016, Nathan wrote an Android app and transitioned to a career as a mobile developer. The rest is history! We learn about Nathan's experience leading up to the present day, his current position at Android for DoorDash, and how he uses Elixir in his side projects.

Sundi, Owen, and Dan look back at season 8 of Elixir Wizards! They discuss their favorite moments, the theme's origin, and exciting things they learned throughout the season.

How to Make a Career Map in your Organization 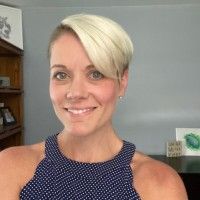