How to set your product up for success: Craft your idea 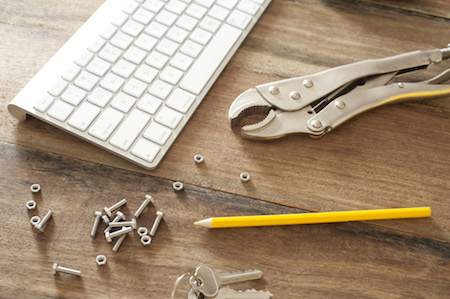 In my position at SmartLogic, I see a lot of people with great ideas for apps, but those ideas aren't always well thought out. People come to me with a list of features they want, or maybe only one or two features. Only infrequently does someone come to us with either a problem or a hypothesis on something they want to address. Sometimes there is a higher level of, “I’d like an app to do X,” but usually the idea isn’t fully fleshed out.

For example, here are two ideas that people might have:

Those are good ideas because they identify and then address that issue to fix it so people are happy and use the app. The problem is, though, that a business model needs to be reverse-engineered to fit the idea. Also, there are already about 400,000 people in the space and there is limited room for success.

This article is the first in a three-part series explaining (1) how to clarify and research you idea and (2) where you should start application development.

Build an application, instead of features

Sometimes, a potential client will come to us with a set of features. They say, “I want an app or a web product that does X, Y and Z.” Even though they’re being very clear in the features they want, it would be difficult to cohesively build the product because it's unclear how the various features come together. Without higher guiding principles, it’s difficult to reason about how to turn their combination of features into one cohesive product.

The first step is to identify a very specific problem. A more fleshed out first step is a hypothesis for solving a very specific problem. I mean hypothesis in the scientific sense: This population of people has this problem, and we posit that if we build a product that solves this problem, people will use it in this way and we will profit in that way.

That is the best place to be in; building the technology is actually the easy part -- we can can build anything.Less than 1 percent of the time, we have to tell people we can't build the app they want, and that's because the app uses some part of the iPhone that Apple doesn’t allow us access to. Everything else we can build.

Once you develop your idea, it’s important to do your homework. Coming up on the SmartLogic blog, I will break down the research you need to complete.

How to set your product up for success: Do your homework