4 RailsConf 2013 Topics to Get Excited About 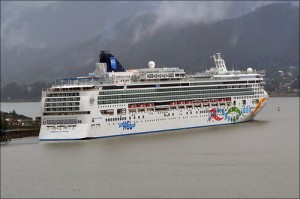 As a software developer who has just recently jumped on board the Ruby on Rails ship, I’m quite excited to be attending my first RailsConf in Portland. More than 20 talks a day will be spread out over five tracks from Monday to Wednesday, with an additional handful of talks on Thursday morning. There are tons of interesting talks being presented, but it’s impossible to see them all, so here are a few of the topics that I’m looking forward to hearing about:

It’s no surprise that there are plenty of talks with a focus on testing at RailsConf this year, given the importance of testing as a practice among those within the Rails community. Sandi Metz, author of the fantastic “Practical Object-Oriented Design in Ruby,” will give her perspective on writing and maintaining a balanced, stable test suite. For the front-end, Luke Francl will be presenting on testing your JavaScript UI headless and in pure Ruby. Finally, I’ll be interested to see how the devs over at Engine Yard handle API testing from Shai Rosenfeld’s talk.

Looking Under the Hood

The ability to study the source code of tools that we all use every day is one of the advantages of using open source software, and, of course, it’s a great way to better understand those tools and improve your coding skills. Two talks that I’ll definitely be at are “Dissecting Ruby with Ruby” by Richard Schneeman and “An Intervention for ActiveRecord” by Ernie Miller (who incidentally is the author of a rather humorous gem).

As someone who has worked in many different languages and on a variety of platforms over the course of my career, I think it can only be beneficial to see how other languages and frameworks solve the same problems. As such, I’ll be checking out the presentations by Lionel Barrow on Go and George Brocklehurst on Django. Also, Attila Domokos will speak about writing in Rails in a style inspired by functional programming languages.

Finally, for those new to Rails, there looks to be some great introductory talks on the beginner’s track. Harlow Ward and Adarsh Pandit’s talk on test-driven development is a must-see. And the pedagogical powerhouses at Jumpstart Labs, Katrina Owen and Jeff Casimir, will present a talk on the Model-View-Controller pattern.

What topics are you looking forward to at RailsConf? Any talks I should see that missed my list? Comment and let me know.

Check out other articles we've written about RailsConf: 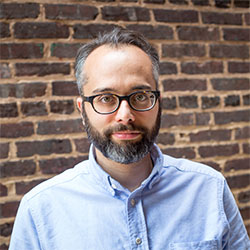