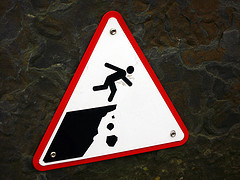 In a large application development project, ordering tasks can be complicated. Deciding what needs to be done and when tends to involve a precarious balancing act between finishing large tasks and keeping up with small details. Recently, I discovered that reversing ticket priorities on Fridays gives a big boost to productivity and morale. Below, I’ll explain why.

How We Normally Handle Ticket Priorities
At SmartLogic, we prioritize and weigh tasks, or tickets, in Pivotal Tracker, but the order for the tasks isn’t set in stone. They need to be done by “next week,” but not necessarily in a certain order. We also assign points to a task depending on how complex it is, on an exponential scale (1, 2, 4, 8). That avoids concerns over, “is this thing a six or a seven?” Instead, we just ask, “Is this twice as complex as other things on the scale?”

Normally, we complete tasks with the highest points first. This is the “correct” thing to do, because these tasks are normally the most complex, take the most time, and bear the biggest risks.

Why We Switched it Up
As things happen, it was by happy accident that we learned to reverse this policy of ticket priorities on Fridays. My coworker Dan and I found that by the end of the week, we had a ton of zero and one point tasks left to complete, mostly mindless work, like indents and color changes. We didn’t have any heavyweight tasks on the list, so we cranked through ten or twelve smaller tasks. Completing all of these tasks was a major endorphin rush. Even though they took less than an hour each, we walked away from the week proud that we had accomplished so much.

Let’s be honest; by Friday, no one has the same mental capacity as they have at the start of the week. No one is at the right state of mind to start a large, complicated task as the week closes. Plus, no one wants to begin the weekend with the stress of a huge project. Tackling small tasks on Fridays lets you recharge and close out the week on a positive note. You leave at the end of the day feeling like a success. Even though you only did low-value tasks, there is a lot of empowerment in showing that font change who’s boss. And then you can start the next workweek refreshed, instead of bogged down with the small tasks that could distract you from the big projects. It’s a win-win for both you and your projects.

The Theory of Decision Fatigue
Besides looking forward to the weekend, there’s a real reason why we might not be at our best on a Friday: we’re experiencing decision fatigue. I’m not just making this up. For example, President Obama recently discussed his attempt at limiting his decisions by only wearing blue or gray suits. Because he has to make such a large number of very important decisions, Obama preemptively cleared his mind of the decision of what to wear each day.

The theory of decision fatigue also shapes our decision to focus on small tasks on Fridays. We’re fatigued from making big decisions all week. It’s nice to have more routine work to do for a rest. And then by Monday, the small things are out of the way, so that we can go back to making super important decisions…just like the President.

What’s Your Ticket Priorities Strategy?
Both large and small tasks are necessary parts of the application development business and both need to be completed for our clients. Reversing ticket priorities at the end of the week helps us finish everything we need to do, and stay energized while we’re at it.

What types of productivity tricks have you used in your company? Do you like to end the week with uncomplicated tasks or do you prefer to start your Monday with them? Comment and let us know.

Check out our other articles on how to optimize your team's time:

What Types of Meetings Make a Successful Application Development Project?