SmartLogic adds a Venture For America Fellow to the Team

It's always exciting to see the SmartLogic team grow and we're extra excited about our newest employee, Mark Chu. 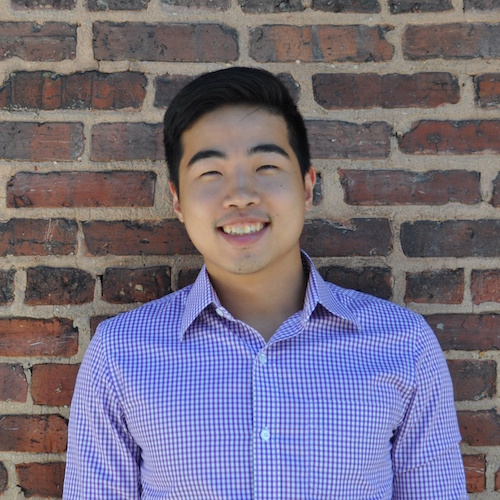 Mark comes to the team through Venture for America. For those not familiar with VFA, it is an awesome nonprofit program that places the best and brightest young people at startups in emerging cities. VFA fellows help build businesses, create jobs, and make an impact. Mark is a recent New York University graduate and will be working as a sales and business analyst. Because Mark is new to the company and Baltimore, we wanted to give him a proper introduction, Q&A style.

Where are you from?

I was born in Taiwan, and raised in California. I also spent four years in Boston for high school, and had a pit stop in Miami for my freshman year of college before I finally landed at NYT. I like to tell people I'm going to run for president (sorry, Kanye!) because Washington DC is the only major coastal city I haven't spent any time in. Having moved around a fair bit, I can't really call any one place home, but I'm looking forward to exploring all of what Baltimore has to offer.

How did you get involved with Venture for America?

As much as I would have liked to start my own company straight out of college, I knew I wanted to build a more solid foundation first. A friend of mine who thought it'd be a great fit introduced me to VFA and I applied on a whim. Little did I know how tremendous of an impact it would have on the trajectory of my life. VFA combined that opportunity to learn with an emphasis on community and social values that aligned perfectly with my own ideologies. The selection process was rigorous, but engaging. I won't spoil too much about it, but if you get to Selection Day, don't panic. Throughout the process, I realized that I cared more about my fit for the company than what the company did. In my experience, people come into startups with the expectation that every experience is the same, when the fact of the matter is that in every office, there are different leadership and work styles.

Why did you choose to move to Baltimore?

Baltimore is one of the cities with the largest VFA fellow populations. There are 14 of us fellows from the Class of 2015, 14 from the year before, and eight from the year before that. Baltimore was on my radar because I was looking for a change of pace from living in big cities I have been familiar with my whole life, to living somewhere I knew almost nothing about (aside from binge-watching The Wire).

The idea of a consultancy-based job was immediately appealing because it meant I would be in contact with people in tech for the most part, but in a range of many different fields. A large part of my decision was Brian Sierakowski, SmartLogic's Director of Client Services. He is a funny dude, and I didn't realize how much I cared about my future coworkers having a sense of humor until I talked with Brian. I think that was an aspect of the VFA fellowship that I completely overlooked. After all, when sh*t hits the fan, the important thing is that you are still able to comfortably communicate with the people you're working with. Last but not least, I also strongly resonate with SmartLogic's philosophy that work is more than doing a project, it's the entire process and how you deal with people and clients.

What excites you most about your new city?

Food and Fun. I went to Mount Vernon one night with some of the other fellows and we went to four bars/clubs/music venues in a two-block radius and each one had a completely different vibe. For somebody who is coming from NYC, it was a relief to see so much diversity in Baltimore. Also there are six(!) taco joints near me that all put pineapple in their Al Pastor, and that is really about as good as it gets. As someone who comes from Cali, Yelp is my bible, food is my one true god, and I'm glad to see that Baltimore delivers.

If you'd like to chat more with Mark, connect with him on LinkedIn.

We're not the only ones excited about Mark's tenure at SmartLogic. Will Geary heads up Partnerships at VFA and is thrilled about the latest class of fellows in Baltimore.

"VFA believes that by sending smart young people to early stage companies in emerging cities, we can reverse brain drain, and help those companies find new talent. This placement puts Mark in a position to make a meaningful impact on a city and company early in his career," he said.

If you see Mark around town, make sure you say hi and send him to your favorite spot for tacos.