Anyhow, instead of going by my gut feeling that the Baltimore tech community is growing, I thought I’d look at some numbers—specifically, the number of pizza we’ve bought for meetup groups over the last two years. Admittedly, this is simply a greasy, cheesy index of tech growth, not an exhaustive one. But as you can see below, there’s definitely been growth, as measured by pizza. 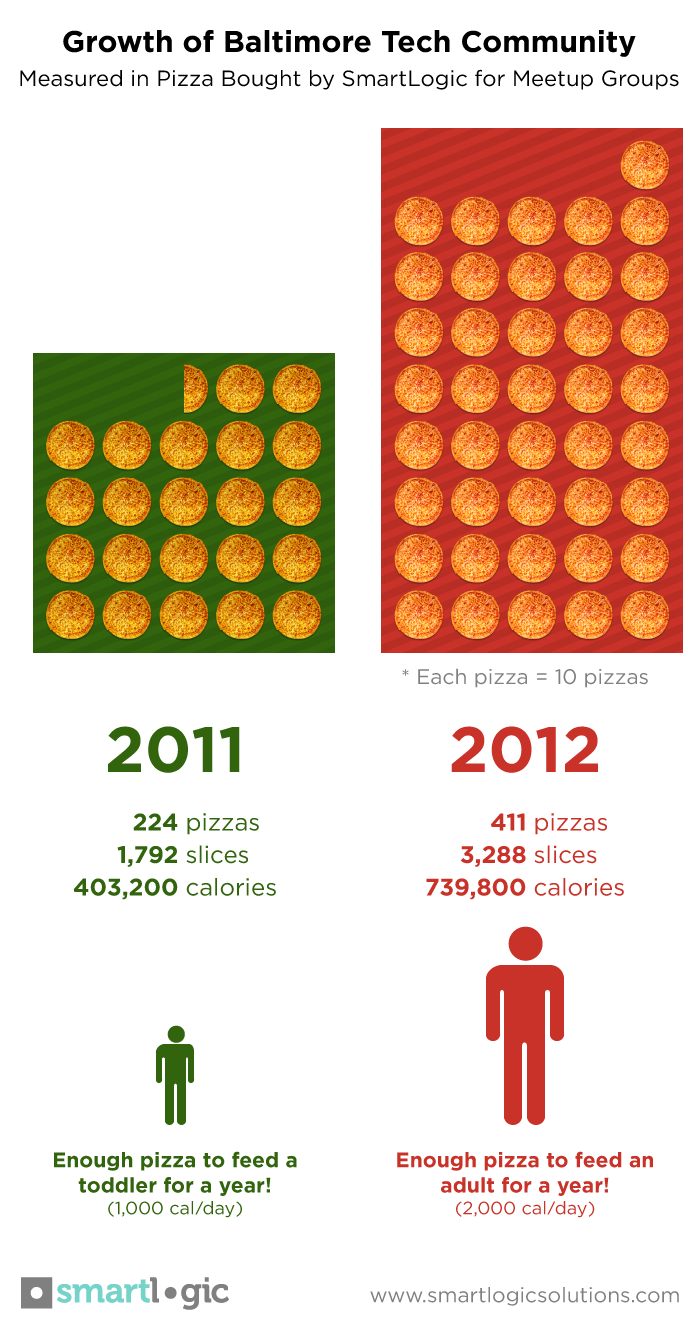 Note: calories calculated at 225 per slice.

If you’re looking for an awesome group to join, here are the groups we’ve sponsored:

Groups we sponsored in 2011 that are still around, with different sponsors:

Have an awesome tech meetup group in Baltimore that we don’t know about? Contact us about growing the amount of pizza purchased even more in 2013.

We're not just tracking the baltimore tech community, check out our article on the growing Rails community.