Have you ever opened 4 terminal windows, SSHed each one into a server, and ran tail on all of them to watch 4 log files?

Have you ever had a terminal window open whose sole purpose was to run "tail my_log" over and over again to look at the output of a file?

Introducing "Watch Me" a simple ruby script that allows you to watch multiple log files simultaneously. 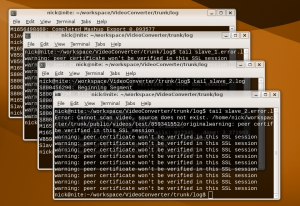 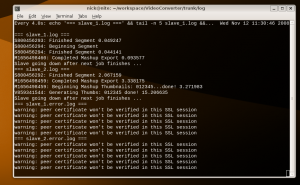 First, get Watch Me from github.

Then, try out the example by following these instructions:

You can customize the behavior with the "r" and "l" flags.

Will use 60 terminal lines and refresh every 1 second. This lets you see even more of your files, and see it in near real-time.

Presenting an Intro to Flex at Refresh Baltimore Tonight